I fancy myself a Mechanical Engineer + Entrepreneur.  This country has been blessed with many MEEs since our founding.  Any list would leave many out.  But just so you know the type of person I'm talking about here are a few: Deere, Whitney, McCormick, Singer, Otis, and so many more.  Their names have become household words and labels for the machines they invented that changed the world.

Yesterday I acquainted myself with another MEE: Laroy Starrett - inventor of measuring devices, without which, the manufacture and quality control of nearly any industrial product would not be possible. 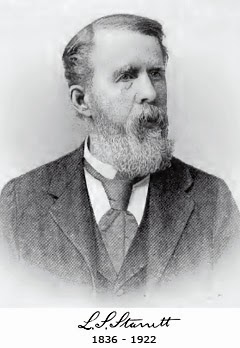 The Starrett website is a treasure trove of information about precision measuring and offers many free resources...several of which (like the Metric and Decimal Equivalent Cards and Tools and Rules Booklets) I hope to employ at our upcoming MechanicsCamp hosted on March 1, 2014 at ConnerPrairie Interactive History Park. 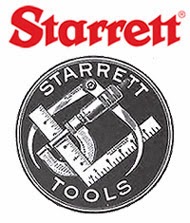 My wife is amazed that I could be so fascinated with rulers and conversion charts and calipers and micrometers.  I guess it comes down to my desire to know things - and measuring things is just a part of that.  With today's measuring tools you can (and some people to) make a career out of it.

Perhaps the most fascinating part of Laroy Starrett's story is how he had to overcome so many struggles to establish his tools and his company as the leading innovator in that space.  Doubt, disloyalty, financial trouble and hard times were just as much a part of his story and his accomplishments.

“Man is a tool-using animal. Weak in
himself and of small stature, he stands
on a basis of some half square foot,
has to straddleout his legs lest the
very winds supplant him. Neverless,
he can use tools, devise tools; with
these the granite mountain melts into
light dust before him; seas are his
smooth highway, wind and fire his
unwearying steeds. Nowhere do you
find him without tools. Without tools he
is nothing, with tools he is all.”

The second is a quote from Starrett himself that defines his purpose as an entrepreneur:

“I have believed that I could do no greater good than help create a
business that would give people employment
and a chance to earn an honest living.”